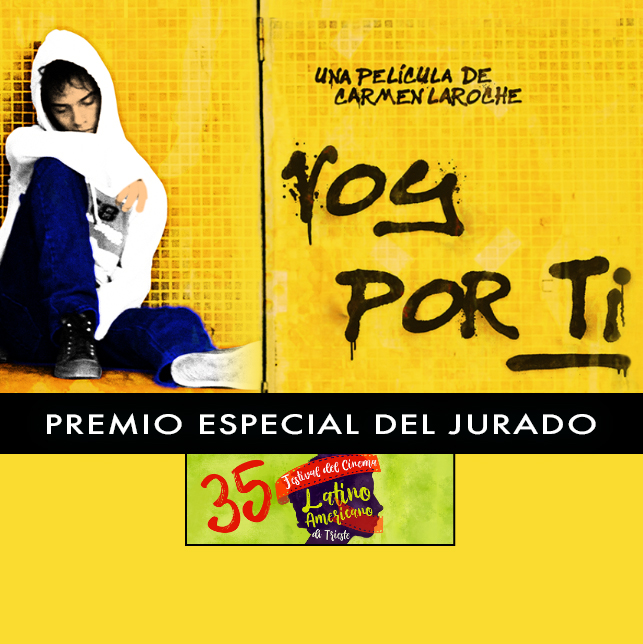 MIAMI, Fl., November, 2020 - Voy Por Ti, the film co-produced by SOMOS Films (the feature film production company part of SOMOS Group) and Xenón Films, received the Special Grand Jury Prize at the 35th Trieste Latin American Film Festival in Italy. The film competed with productions from other parts of the world and, according to the jury, won the award for "the powerful representation - script, use of the camera, work of the actors - of the phenomenon of bullying in an institute in Caracas, with a very sociological approach".

Directed by Carmen La Roche, the film focuses on the violence that is shown in high schools, through three protagonists, Marcos (Gregory Maldonado), who collects insects, Yorman (Santiago Osuna), who collects erotic videos that he stars in the bathroom and helps him to have control, and Maryuri (Génesis Vernaza), who confronts the two protagonists while both are attracted to her in different ways. According to La Roche, director of the film, the film aims to analyze the problem of bullying suffered by young people today, and for the viewer to explore and create a conclusion about this issue after watching the film.

This participation in the Trieste Film Festival becomes an achievement for SOMOS Films. Luis Villanueva, President and CEO of SOMOS Films, stated: “We are happy for this impressive participation in this important Festival and we congratulate Carmen La Roche for the recognition of a very good work. Voy por Ti deals with a problem that is very current today with a high technical and cinematographic production that is praised by all of us who appreciate good cinema. We are very proud to have co-produced a film that is an essential part of our mission and of our catalog.”