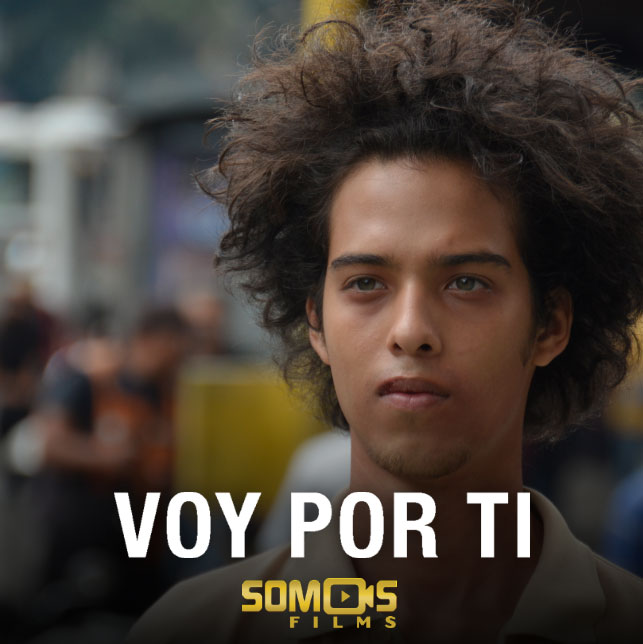 MIAMI, Fl., April, 2020 – ViendoMovies, the commercial free channel owned by SOMOSTV (company chaired by Luis Villanueva) featuring exclusive movies, originally produced in Spanish, premiers this Wednesday, April 8, the movie Voy Por Ti, a romantic drama plotted in the educational institutes of Caracas. After its world premiere at the 36 Miami Film Festival, the movie was presented in Miradas Actuales of FILMAR, considered one of the most important meetings of Latin American cinema in Europe. The movie also received the Special Jury Prize at the 15 Venezuelan Film Festival.

Luis Villanueva, President and CEO of SOMOS Group stated: “We are very happy with the premiere of Voy Por Ti in ViendoMovies. SOMOS Films and Xenon Films fulfills ViendoMovies’ objective to present to its audience a programing with modern plots and good Latin-American actors. We are positive that our audience will enjoy this production, especially now that we have to stay at home. This is one of several SOMOS Films productions that we are very proud to present to our audience.”

The director of the film, Carmen La Roche, expressed: “I celebrate the movie premiere on ViendoMovies, it allows us to reconnect with the public without leaving home, fulfilling the current social distancing measures. Cable subscriptions and the use of digital platforms are the immediate alternative so our cinematographic works could fulfill the objective of bringing encouragement, reflection and distraction to the spectators in this complex moments worldwide.”