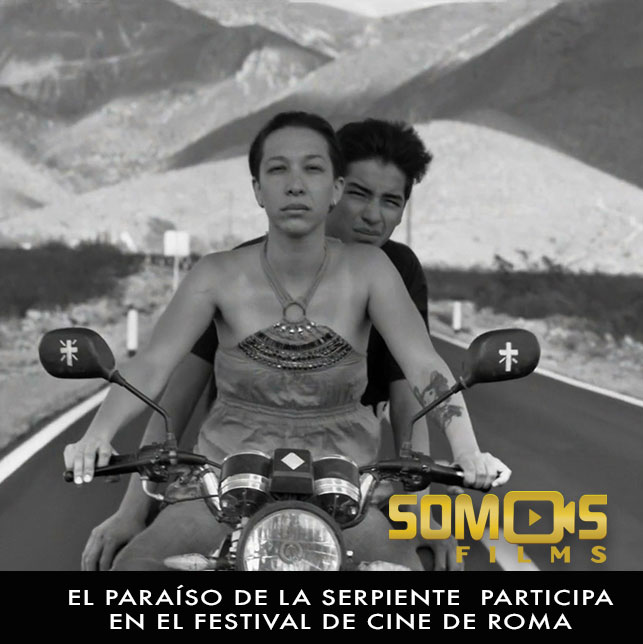 MIAMI, Fl., September, 2019 - SOMOS Films, the film production company part of SOMOS Group, chaired by Luis Villanueva, announced the participation of its co-production El Paraíso de la Serpiente at the Rome Film Festival, event that will be held from October 17 to 27 in that city. In a short period of time, the Rome Film Festival has left its mark on the international film scene, positioning itself as one of the established events of the industry. The event will be attended by directors from around the world, as well as personalities from the arts and culture.

Directed by Bernardo Arellano, El Paraíso de la Serpiente is a black and white film with colored scenes filmed in Mexico, the United States and Italy. The plot happens in an abandoned community that lives in the desert. A car accident in the middle of nowhere catches the attention of a young cowboy (Sky) and his grandfather (Bernardo). They rescued an injured man does not remember who he is or where he comes from, but after having a mystical vision in a cave, he begins to perform healing miracles in the town. He makes invalid people walk, blind people see and heals the plague. The town inhabitants call him The Prophet. However, the Priest of the community and the altar boy will oppose the stay of this “prophet” who will test their church and their concepts about faith.

Luis Villanueva, President and CEO of SOMOS Films declared: “We are very proud that this co-production participates in an event as prestigious as the Rome Film Festival. Bernardo Arellano has done a wonderful job with this film and deserves all the possible recognition. El Paraíso de la Serpiente occupies a privileged place within our catalog.”