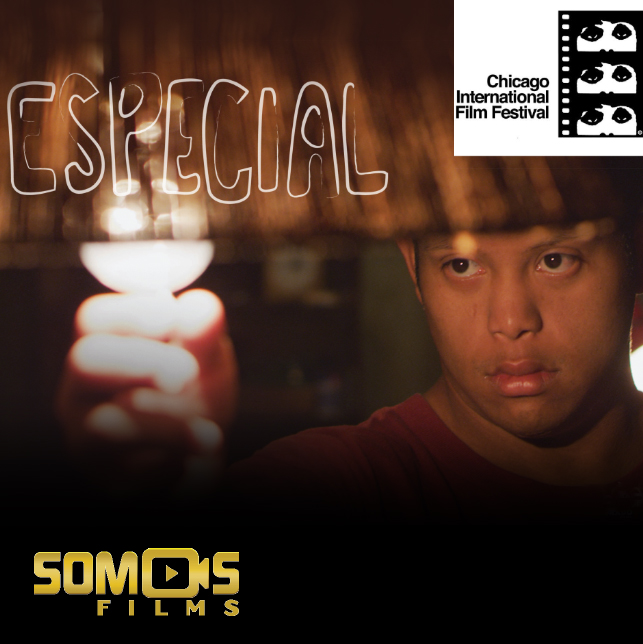 MIAMI, Fl., September, 2020 - Especial, the co-production of SOMOS Films (a Spanish feature film production company that is part of the SOMOS Group and chaired by Luis Villanueva), will make its world premiere in the New Directors section of the Chicago International Film Festival, considered one of the most prestigious international cinema events in the United States. The film is directed by Ignacio Marquez.

Especial is a co-production of SOMOS Films (USA), El Dorado Films (Venezuela) and Divarte Cine (Venezuela), with the support of Mestizo Productora Cinematográfica (Venezuela), Ingenio Post (Venezuela) and the Centro Nacional Autónomo de Cinematografía CNAC (Venezuela). The film has a very unique cast: as a leading role, and first performance in a movie, is Greyber Rengifo (Down syndrome actor) and Ruper Vásquez as the costar, a Venezuelan musician who is acting for the first time.

Especial tells the story of Chúo, a charming young man who must navigate the challenges of early adulthood with his Down syndrome condition while trying to build a life without his troubled father, a frustrated percussionist who refugees himself with alcohol. Music also ends up being an important character in the story. Salsa and Latin jazz are the base of this production and are interpreted by Alfredo Naranjo, the most important Latin jazz musician in Venezuela.

Luis Villanueva, President and CEO of SOMOS Films stated: “SOMOS Films was created two years ago, and still, we are proud of the impact we have had on the Spanish and Latin American film industry in a short period of time. Our productions have participated in the Miami International Film Festival, the Beijing Film Festival, the Sao Paulo, Guanajuato and Kolkata festivals and now in the Chicago International Film Festival. This time we have great expectations for a film as unique, tender and interesting as Especial, a movie that takes a very human perspective of a special condition that demands understanding and love.”

Ignacio Marquez, who has been working with people with Down syndrome for more than 18 years, expressed: “I feel a deep connection with people who have Down syndrome. I want to share their way of looking at the world, their innocence and daily rejection, and how they handle a society that traditionally ignores them. They have taught me that limits do not exist, and I have had the privilege of knowing them in their purest form, I will be eternally grateful to them.”

The festival will take place from October 14 to 25, in virtual format.