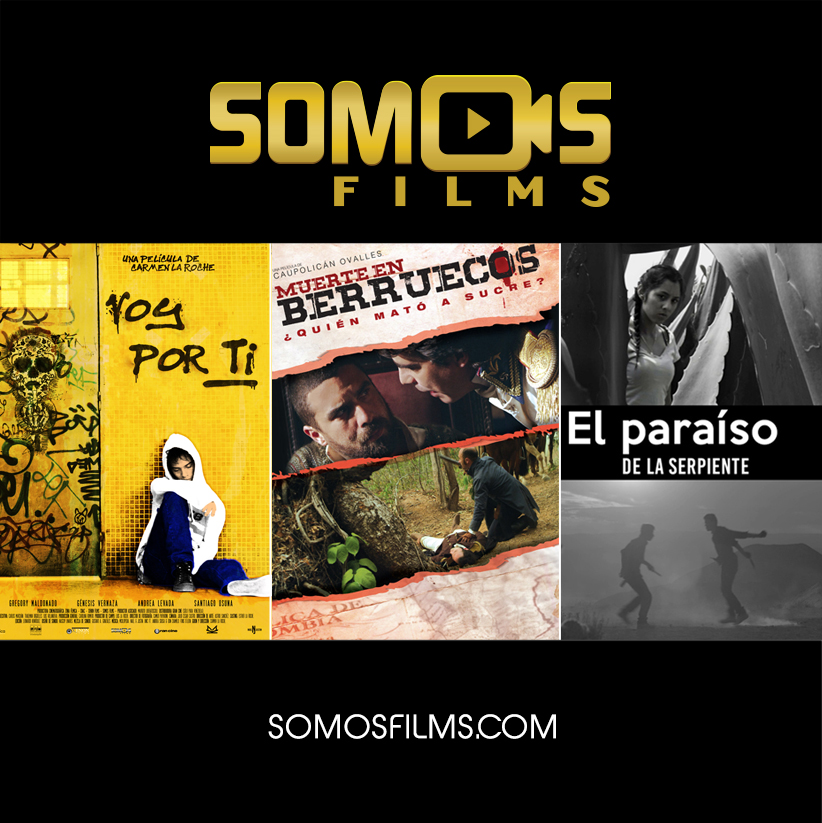 Luis Villanueva, CEO of SOMOS Group (an entertainment group based in Miami), announced the creation of SOMOS Films, company dedicated to the production of feature films in Spanish. Mr. Villanueva highlighted that with SOMOS Films, SOMOS Group consolidates its participation in the film industry by adding a unit with a high degree of synergy with the other group’s companies (SOMOSTV, SOMOS Next, SOMOS Distribution and SOMOS Productions).

"Film production is an activity of great interest for the Group since we offer content in various platforms with a special focus on feature films," stated Villanueva. “This way we expand our catalog, support the industry and its talent and guarantee a volume of content to be exploited through our channels and distribution company." SOMOS Films, with Luis Villanueva as Executive Producer, has already participated in several of movies, including "Muerte en Berruecos" (historical drama narrating the murder of Antonio Jose de Sucre, a South American hero), directed by filmmaker Caupolican Ovalles; "Voy por Ti" (film addressing the problems of "bullying" and "sexting"), directed by Venezuelan Carmen La Roche; and  “El Paraíso de La Serpiente," by Bernardo Arellano (a story anchored in the tradition of magical realism). SOMOS Films is involved in a number of new and exciting projects that will soon be announced.

SOMOS Group participates in several aspects of film business. SOMOSTV is owner and producer of the pay-TV movie channel "ViendoMovies", which programs films in a commercial-free format for the United States and Puerto Rico. "ViendoMovies" is widely distributed in cable, satellite and Telcos. SOMOS Next is owner and distributor of FlixLatino, a direct to consumer app offering feature films, series and documentaries in Spanish, and SOMOS Distribution is a company with a strong catalog of films, telenovelas, series, formats and other types of programs. SOMOS Group will benefit from the films produced by SOMOS Films, which together with SOMOS Productions, favors a better integration of the Group’s companies.

SOMOS Films is led by a group of professionals with experience in the production of feature films. According to executives, the company is well positioned to take advantage of the availability of innovative scripts and production advantages offered by different Spanish-speaking countries throughout the region.