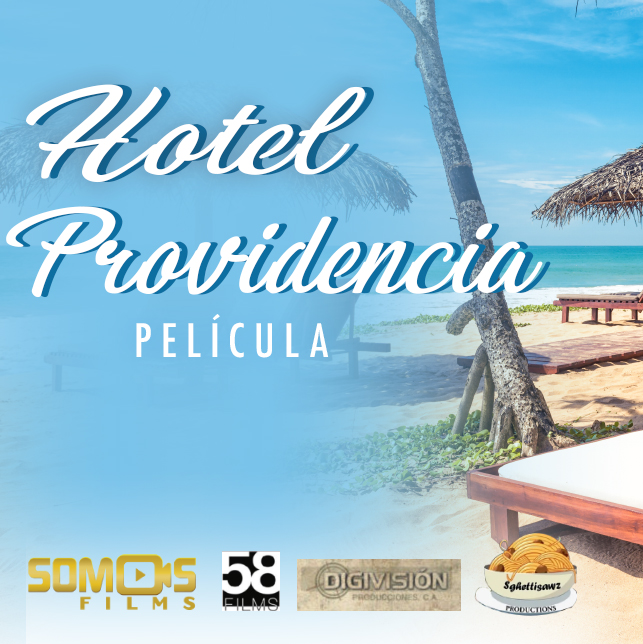 MIAMI, Fl., January, 2020 - SOMOS Films, the film production company part of SOMOS Group together with 58 Films, Sghettisawz (both companies based in the United States) and Digivisión Producciones (Venezuelan production company), will co-produce the film Hotel Providencia. The production, which will take place on Margarita Island and Miami, is scheduled to begin this month, with the expectation of having its premiere in July. Hotel Providencia expands the SOMOS Films portfolio, which already has a substantial catalog of films aimed at the general public.

Hotel Providencia, is a dramatic film that tells the story of Sandra and Gerardo. After receiving an unexpected inheritance, they both go on their honeymoon and enjoy life as a couple. Along the way, they find a hotel under construction and suddenly decides to buy it. Unfortunately, the Covid19 pandemic arrives and this makes the business not prosper for the couple. Out of nowhere, Sergio appears, a reckless, adventurous, good-looking criminal, and Sandra will be attracted to this new character. Sandra and Gerardo end up in serious conflicts with Sergio, and this situation will lead the couple to confront the police and the mafia. From that moment on nothing will be the same for them. The feature film lasts 90 minutes and has a large cast of renowned Venezuelan actors, Adelina Menéndez (Sandra), Sócrates Serrano (Gerardo), Carlos Guillermo Haydon (Sergio), María Alejandra Martín (Commissioner Ramos) and Aroldo Betancourt (Detective Garcia). Apart from the story, the scenery in Margarita Island, with its beautiful beaches and landscapes, will give a visual brilliance to the film.

Luis Villanueva, President and CEO of SOMOS Films stated: “Hotel Providencia is our second film in co-production with Caupolican Ovalles. We achieved very good results and recognition with Muerte en Berruecos, and we are sure that with this production we will continue the story of good experiences and form part of the attractive products of SOMOS Films. We both have a passion for cinema and reinforcing Latin American cinema and their presence is a very rewarding job. The script, the cast of recognized artist and other components, ensures that Hotel Providencia is a successful project.”

For his part, Caupolicán Ovalles, Hotel Providencia’s Director and president of 58Films mentioned: “Working with SOMOS Films and the rest of the production companies is something very special. The support of all of them give us the opportunity to make quality Latin American films and promote them in the rest of the world. Many productions are needed at the moment, and there is a lack of them due to the pandemic. Hotel Providencia has the peculiarity that it develops in the middle of the pandemic that we are experiencing and shows how a dysfunctional couple tries to cope with this situation. We have formed a group of excellent Venezuelan technicians and artists who will make this production a success.”

For Beatriz Aranguren, general producer of the film said “working in the midst of this difficulties while maintaining all the criteria and paradigms of biosafety is fundamental and a very interesting new challenge. This production would be one of the first films to be made in Latin America during this particular moment. On the other hand, the island of Margarita offers some wonderful locations for this production.”

Luis Quintero, president of Sghettisawz, for his part commented "I am participating with great enthusiasm in this project because I am sure that the cinematographic and audiovisual world will from now on be one of the most important industries in the entertainment area".