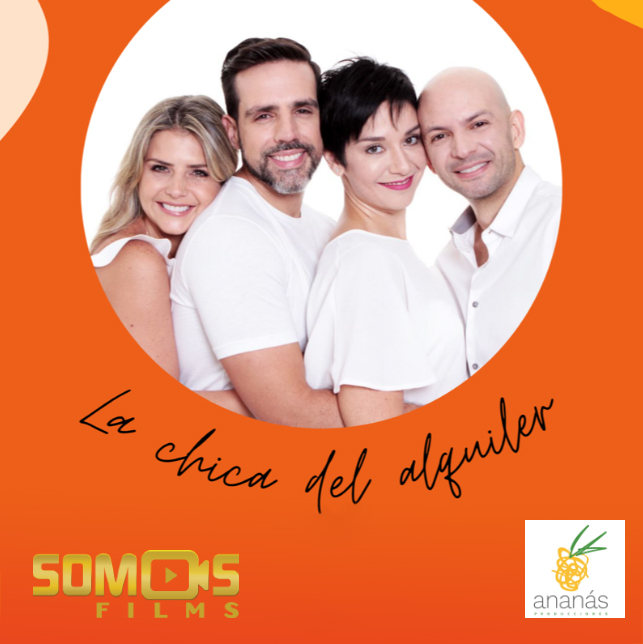 La Chica del Alquiler, a romantic comedy to be produced in Venezuela, stars Daniela Alvarado (Valeria), a Venezuelan actress with extensive filmography (more than 10 titles) and extensive experience in television and theater. The film co-stars and is produced by Agustín Segnini (Sebastian), an actor who also emerges as one of the most promising producers in the country, with extensive experience and supported by a renowned main cast made up of Patricia Schwarzgruber (Lorena), and Luis Olavarrieta (Tomas).

Among his works, the film "3 Bellezas" stands out, a black comedy feature film from 2015, winner of 20 international awards.

The romantic comedy is a genre of great acceptance among audiences due to its humorous and light character. In La Chica del Alquiler Daniela Alvarado represents Valeria, the manager of the house where Sebastián (Agustín Segnini) planned to spend his honeymoon with Lorena (Patricia Schwarzgruber). When Sebastián thought he had found the love of her life, he is abruptly abandoned by Lorena at the altar, but he is not resigned to her and immediately decides to find her and get her back no matter what. In the midst of the desperate search for him, he arrives at the house they rented for their honeymoon and meets Valeria, who is moved and tries to help him win back Lorena. The plot takes place in attractive locations that reflect an environment of attractive and cinematographic nature.

Luis Villanueva, President and CEO of SOMOS Films stated: “with La Chica del Alquiler we enter a very popular genre that has very good receptivity among the audience. The film has a first class cast and is related to comedy, with very good chemistry and a very well developed script. The partnership with Ananas Producciones, with whom we hope to enter into many other projects, strengthens us considerably in production in a country that has very special advantages due to talent and production facilities. We are very happy with the start of this production.”

About SOMOS Films: SOMOS Films LLC is a company specialized in the production of films in Spanish and made up of a team of highly specialized professionals. SOMOS Films is part of the SOMOS Group group of companies and participates in co-production and own production projects. The company generates, evaluates and develops ideas, with a philosophy of flexible participation in the different phases of film production. For more information, visit www.somosfilms.com